They’re tearing down my high school: Friendly Fairview, a lovely old building on the north side of Dayton, Ohio constructed sometime during the 1920’s. Her asbestos slip is showing, and apparently it’s cheaper to toss her in the trash than to stitch her hem back up again.

The last-walkthrough of the building is scheduled to take place on Saturday, September 18th. There has been quite a bit of chatter about this event by FHS alumni, including some outrage amongst the “Jewish kids”—now grandparents—because it takes place on Yom Kippur. 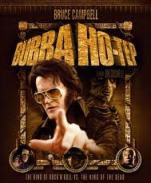 Here’s a “what if” that makes my mouth water:

Sometime in the 70s, the real Elvis trades places with an impersonator named Sebastian Haff. Sebastian lives out the rest of his days at Graceland and leaves the building for good after the infamous fatal overdose. Elvis, on the other hand, travels around the country impersonating himself, because being "the King" is simply what he does best.

Who do you know?

Did you know that, besides humans, dogs are the only creatures that understand what a pointed finger means? Like us, great apes have opposable thumbs, but they’re too aggressive and competitive to fathom hand gestures. So says Brian Hare, assistant professor of evolutionary anthropology at Duke University.

This French gem is a reworking of one of my all-time favorite weepies, “Brief Encounter.” I’ve seen that movie dozens of times, and whenever it happens to be on TCM, I’ll DVR it and watch it again because it’s kind of like an old friend I haven’t visited with for a while. Certain films are like that.

If “Mademoiselle” were a book, it would be comprised primarily of internal dialogues because the characters don’t say much to each other. In its subject manner and style, it resembles a movie I talked about in post a couple of weeks ago called, “I Am Love.” 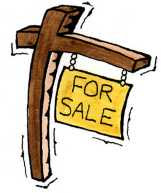 I’ll bet you’re thinking I got a raise. If you are, you’d be wrong.

Instead I’ve arrived at that time in the writing cycle when I’ve had to come up with a “Marketing Plan” to sell Blind Love, my latest novel. Apparently editors these days want to know who I think my readers are, why I think they’ll buy my book, and how I intend to make sure they do.

Joan Rivers: A Piece of Work

Boy do I wish I could have dreamed up a character like Joan Rivers: sassy, profane, bold, and scared out of her mind. Such a strange brew, so much larger than life.

Here is a woman who talks straight about everything, shouting down an angry heckler during one of her stand-up routines because he takes offense at the fact that she’s making fun of deaf people. Nothing is sacred, she yells at him. Everything awful about life needs to be laughed at. That’s how you survive.

Rules to Live By

Rule #1: Keys go in the outside pocket of my purse, preferably hooked over the flap so they don’t fall so deeply into said pocket that I have to fish around for them in the dark.

Rule #2: Cell goes into the inside pocket of my purse, except when I’m at home and need to use it for sending email or taking silly pictures of my keys. Which means I often have to search frantically for the phone and call my own self to find the darned thing.

Beautiful Milan. Sumptuous food. The fantastic Tilda Swinton as a Russian émigré turned Italian society matron. Sweet. A film about mature people who don’t point guns at one another to solve their problems. What’s not to love?

Unfortunately, almost everything.
Read more »
Posted by Terri Paul at 5:20 PM No comments:

I still enjoy The Columbus Dispatch with my morning coffee. Granted the paper newspaper has shrunk exponentially over the last several years, and the on-line version is more up-to-the-minute.

But somehow my day doesn’t start until I’ve scanned the front page for the latest uproar in our state government, perused the obituaries to be sure I’m not listed there, studied my horoscope to determine whether it’s safe to leave the house, and caught up on such earth-shattering events as how Lindsay Lohan is doing in jail.