Who do you know?

Did you know that, besides humans, dogs are the only creatures that understand what a pointed finger means? Like us, great apes have opposable thumbs, but they’re too aggressive and competitive to fathom hand gestures. So says Brian Hare, assistant professor of evolutionary anthropology at Duke University.

According to Hare, wolves attached themselves to humans because of trash—that is, the scraps our forebears left behind as they wandered from place to place looking for their next meal. Wolves learned to follow along, and the most affable ones were also the most likely to earn the tastiest bits. So they evolved themselves into our best friends and learned to respond when we pointed to a nice-smelling object on the floor and said, “biscuit.”

Because they seem to love us so much, dogs are prime victims of our preconceived notions about them. Hare says the kiss a dog gives you after a long day at the office may not be because he missed you. Instead, he could be sniffing out whether you have had something delectable to eat while you were gone. Wolves that kiss returning members of the pack may be trying to induce these wanderers to vomit up the goodies they have consumed during their travels so that everyone gets a bite.

After thinking about Hare’s research, I’ve begun to question how well I can read behavior period, human, canine, or feline (my pet of choice). Does my baby cat purr when I perch her on my shoulder because she loves me or because she thinks it’s time for me to fill her bowl? Does she rub her nose against mine to greet me when I walk in the door or to find out whether I’ve been eating some stinky fish she thinks I should share with her?

And what about us? We talk a lot, but that doesn’t mean we come clean about who we are. Americans may speak English, but the things we say and do aren’t automatically understandable to our fellow countrymen. Quite the contrary. Most of the time, I throw my hands up, totally mystified as to why the people I “know” choose their mates, cars, houses, favorite political candidates.

“Everyone is different,” I often remind myself, meaning I don’t have a clue about why anyone does anything anymore. 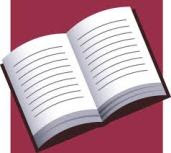 The only people I DO know are the ones I create on the page. I usually start out with only a vague idea about who they are. As time goes by, though, I come to understand them more completely than I do my family and friends.

That doesn’t mean my characters don’t surprise me. They do, and I like those little shudders so much that I rarely make an outline these days or stick to the details of the biographies I often write to get myself started. But in the end, I’m always sure why my “peeps” run away from home, commit murder, bedevil their parents to the breaking point, love or hate one another.

So where does this tiny island of certainty leave me? Rattling around in the space between my ears for stories that help me make sense of the nonsense, I suppose, and still unwilling to disbelieve that my husband and cats kiss me for love, not the lingering scent of the yummy smoked salmon I just snarfed down with my bagel.