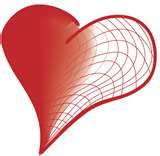 I lost my heart in 1980. The object of my affection, a dumb terminal, lived in a small room around the corner from my office in Ross Hall, the building that housed the English Department at Iowa State. The university gave each of us faculty members $100 worth of free computer time to do with what we would.

How could I resist?

Things got off to a shaky start when I typed in a class syllabus that seemed to get eaten up but actually went to a mammoth mainframe several blocks away. I finally figured out that that very same mainframe had given me a number I could use to retrieve a paper copy. But not before a whole day passed.

At the appointed moment, I trekked across campus through a wicked January afternoon to the computer center. To my great surprise, my syllabus contained only one misplaced underline and two of the mark up commands (to bold, change fonts, and break paragraphs) that had accidentally slipped onto the page.

I like this guy, I thought. He recognizes that I have talent, and he does exactly what I ask, no more, no less.

Not at all like my students who regularly misinterpreted their assignments and lived to argue about their grades.

I found out the hard way that, in spite of being cordial on the surface, the computer could be very difficult to get along with. Even though he didn’t yell or stomp out of the room, he also never tried to keep me from making dumb mistakes. Hence the infinite loops I programmed that ate up a lot of his precious processing time and generated embarrassingly thick stacks of printouts.

I know you are, he’d reply, tacitly, of course, fans humming.

That mainframe at ISU was my first electronic love, but I confess to having had my head turned by many of his successors. There was a snappy little Macintosh in 1984 that knocked my socks off because it was small enough to pick up and carry home, a series of desktops and laptops that sported increasingly intricate interfaces, and now those wonderful handhelds that do everything but clean out the litter box.

I adore them, and this week alone, due to equipment failures and changes in cell phone plans at my house, I’ve bought and configured not one, but TWO endearing little palms full of love, an mp3 player and an android phone.

Talk about geek heaven. My endorphins haven’t been this high in decades.

I find myself transported to those heady winter days thirty years ago, when time melted away, and I forgot to eat lunch or attend a committee meeting (not an entirely bad thing), trapped in the first blush of what has matured into a lifelong romance.

I suppose that’s why I haven’t done a lick of writing this week and why it took me until today to finish this post.