Lately, I’ve been revisiting one of those novels of mine that I thought was finished but really isn’t. Editors want to see much more of the main female character.

I began by altering the pronouns. Then a funny thing happened. I found that, in doing so, I would necessarily have to add more glue to her character, mostly by allowing her to express directly how she feels about things.

I worked my way through three of her chapters and was generally pleased with how she was emerging. I’d already provided her with an interesting history, and I was enjoying the opportunity to explore her past more fully.

She was born in one of the Baltic countries before the fall of the Soviet Union, and her family immigrated to the United States in the mid-nineties, after the Russians left. That means she has an outsider’s vision of American culture and ideas, a strand that wasn’t nearly as significant from an observer’s point-of-view as it is when Sophie tells it in her own way.

But other problems arose. For instance, what is her relationship to the story she’s telling? Is she in the present moment of the narrative, say, just being born in her earliest chapter or a child of eight in the next? Or is she an adult looking back?

I opted for the second choice. Then another issue presented itself.

Why exactly is she mulling over her life in such detail, writing what amounts to an autobiography at twenty-six, her (relatively young) age at the end of the novel?

I figured that one out, too. There’s nothing like a failed relationship, which occurs fairly late in the book, to prompt her to reexamine her motivations and behavior. 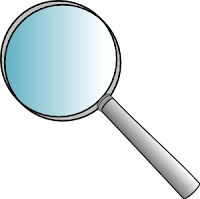 Then I went back to the beginning. Readers opening the first page won’t yet know who Sophie is or why she’s writing about herself. Should I tell them immediately or let them discover the reason as they work their way through her story and the story of the man she ends up marrying?

Once again, I opted for the second choice. Is this the best way? The right decision? Darned if I know.

As a writer, I believe it’s my job not to confuse anyone deliberately. But what if being perfectly clear gives away too much at the start and diminishes the curiosity that hopefully keeps readers going? On the other hand, what if the first few pages are so obscure that those very same readers put the book back on the shelf or discard the sample on their Kindles without bothering to download the rest?

I wish I had a formula for the right balance here. Unfortunately, I don’t.

What did I learn about point-of-view—or more accurately relearn—while figuring out ways to bring Sophie more to life? Just this: “says who” isn’t a simple matter of pronouns. The difference between “she” and “I” is vast and changes not only how the story gets told, but finally what it is all about.